Classifying Diabetes into 5 groups in India: What Masters Opine

Recently a very important paper from Dr. Leif Groop’s center at the Lund University Diabetes Centre in Sweden has been published in the Lancet Diabetes & Endocrinology where in researchers have included 8,980 newly diagnosed Swedish patients of diabetes where they have reclassified diabetes into 5 subgroups. Based on 5 characteristics viz., age at diagnosis of diabetes, body mass index, HbA1c, GAD antibodies and the homeostasis model assessment to measure beta cell function, insulin resistance, these authors divided diabetes patients into the following 5 clusters.

Medical Dialogues team asked the Masters Of Diabetology in India, seeking their opinion on the significance and the implications of these classifications of the disease into 5 categories.

Here is what they had to say 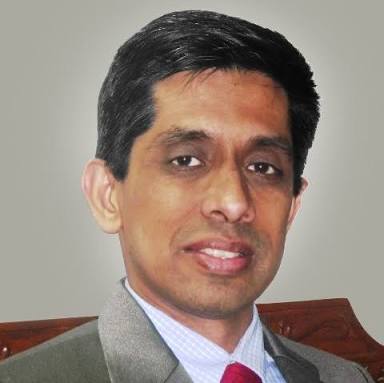 This pathophysiology based classification is not at all relevant in geographies likes India China or the Middle East unless we validate it by natural history studies.this classification may be relevant for Scandinavian or Caucasian population and even there it may have challenges from a public health and reimbursement standpoint. As this classification merits expensive and techniques which are restricted in access to resource-limited counties like ours we will have economic as well as reliability and reproducibility challenges like doing specialty antibodies etc. The standard classification is simple has 4 simple subtypes type 1 type 2 gestational and others.

This is easy, reproducible in all geographies and does not have the need for expensive and cumbersome tests as a guide. Even in the past when diabetes experts added malnutrition-related diabetes as a subtype it was realized it was secondary diabetes fitting in the others category. It's important to generate Indian and South Asian data and has cost-effective simple scores to detect and diagnose diabetes in our country.

In fact, one can rather spend resources to screen and detect complications and give medicines which can prevent complications like heart disease and kidney problems which curtail lifespan of a diabetic.this classification is useful to understand different mechanisms of diabetes development and its emerging subtypes and we need to systematically and prospectively study them in our population.Even in the western world, it may not gain acceptance and it may not get reimbursed by insurance companies.

Dr Shashank R Joshi is MD, DM, FICP, FACP(USA), FACE(USA), FRCP(Lon, Glsg & Edin) is President at Indian Academy of Diabetes and a leading Endocrinologist in Mumbai. He is a member Editorial Board, Diabetology at Specialty Medical Dialogues. 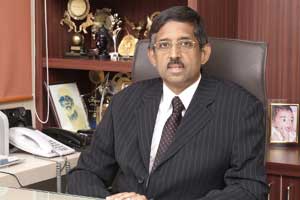 Looking at these five clusters, it is obvious that in day to day practice, we keep seeing patients in all these five clusters of diabetes. What the authors have done, is to neatly put them into different groups. We have always known that while type 1 diabetes is fairly a homogenous form of diabetes, type 2 diabetes is a very heterogeneous form of diabetes where there are at least two extreme forms: one with several insulin resistance and fairly good beta cell function, and the other with severe insulin deficiency and relatively less insulin resistance. While these are the two ends of the spectrum, there are also patients in the middle of the spectrum, who have both insulin resistance and insulin deficiency in equal measure. For those of us who have been routinely doing C-peptide measurements as well as looking at HOMA measurements and measuring GAD antibodies (as well as other antibodies), we do frequently find these types of diabetes in our practice.

The paper by Leif Groop and colleagues confirms what we have been saying and opens up the possibilities that one should think of when sitting in a diabetic clinic instead of trying to lump all cases as either type 1 or type 2 diabetes. In that sense, this is a very important paper which has rightly received wide international and national attention and the authors have to be congratulated on bringing out this paper. I am sure in the years to come, many more accurate classifications of diabetes will be established thereby helping to make diabetes treatment more ‘personalized’ and thereby improve the therapy for all patients with diabetes and achieve better control than we are able to do at present. This is my dream for the future. 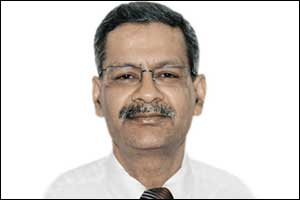 It is apparent from last several decades that diabetes is a heterogenous disease. Those clinicians who deal with scores of patients daily know that this disease comes with various faces, and each must be dealt with in a different manner. Classification of diabetes from the 1970s onwards, however, has recognised two types of diabetes as major categories (type 1 and type 2 diabetes); with major implications for treatment. With subsequent research, it emerged that even type 1 diabetes is not homogenous when autoantibody negative variant was recognised. But it is variations in type 2 diabetes which are more interesting, and particularly relevant to India. For example, we have always encountered many patients with apparent type 2 diabetes who are lean (BMI <19 kg/m2), where usual pathophysiology of insulin resistance is perhaps not applicable, and mild insulin secretory defect is likely.

Such cluster analysis is important from two points of view; first to identify appropriate therapy based on cluster characteristics, and second to be aggressive in the prevention of complications (e.g. nephropathy in SIRD). There are, as authors have discussed, many more opportunities for research on this issue such as combining more data (e.g. genotyping to have more accurate clusters). It must be emphasised that even such cluster analysis, as done by authors, would require doing a measurement of insulin resistance which may not be possible in developing countries.

Such research is clearly needed for India. We see more heterogeneity in the presentation of type 2 diabetes (see first para) than developed countries. Further, we see more non-obese and lean patients with type 2 diabetes and where pathophysiology is not clear. Our group has delineated that non-lean (BMI> 19kg/m2) and non-obese (BMI> 19 and <25 kg/m2) patients with diabetes have high degree of insulin resistance and have high levels of glucagon. Such patients must be treated with insulin sensitising agents like obese patients. Treatment of lean patients needs more clarity. In our proposed algorithm for treatment of type 2 diabetes in adult Asian Indians, a group of experts have proposed stratification of patients according to BMI as an important variable for treatment, a factor not taken in account in previous treatment algorithms1. This tremendously exciting area needs more research.

Dr. Anoop Misra is MBBS, MD (Diabetology) and Chairman at Fortis CDOC Hospital for Diabetes and Allied Sciences also Director National Diabetes Obesity and Cholesterol Foundation Awarded Padmashree by President of India. He is a member Editorial Board, Diabetology at Specialty Medical Dialogues.