The degeneration of the cerebral cortex causes dementia, the most common type being Alzheimer's disease.

Incidence in developed countries:
Among people aged 65 years, 2-3 %, while people aged 85 years have 25 - 50% chances of having Alzheimer's disease. Every five years after the age of 65, the probability of having the disease doubles.

Incidence in India:
The incidence of the AD is lower in Asia than in Europe and North America, are based on studies from eastern Asia, Japan, China, and Taiwan, with reporting rates from 5.1 to 8.9 per 1000 person-years, among seniors aged ≥65 years.

Gut microbiota: Escherichia coli, Salmonella enterica, Salmonella typhimurium, Bacillus subtilis, Mycobacterium tuberculosis, and Staphylococcus aureus are some of the many bacterial strains that produce functional extracellular amyloid fibres. These bacteria might interact with the host environment in multiple ways. In particular, the E. coli endotoxin was found to potentiate the formation of Aβ fibrils in vitro and, for this reason, might be implicated in the pathogenesis of AD

Pollution: Increment in 10 micrograms per millimetre cube in long-term PM 2.5 and PM10 exposure was cognitively equivalent to aging in approximately 2 years. People are affected by reasoning and memory more but not with verbal fluency. Within the next 40 years the prevalence of
Alzheimer's disease is expected to triple unless preventive measures are developed(Hebert et al.2013).

Severe or repeated head injuries are at increased risk of developing dementia.

Depression and isolation; Many researchers believe that depression is a risk factor for dementia, whereas others believe it may be an early symptom of the disease.

Sleep: In patients with Alzheimer's disease, with sleep-disordered breathing, treatment with CPAP ventilation not only improved cognitive scores but also increased grey matter volume in the hippocampal and frontal regions. This implied that a sleep disorder may have a role in dementia.

Non-modifiable risk factors:
Age: After the age of 65 years, the risk of developing Alzheimer's disease doubles approximately every five years. One in 20 Canadians over age 65 and 1 in 4 of those over age 85 have Alzheimer’s disease.

Sporadic Alzheimer’s disease: Medical conditions that can increase a person's chances of developing dementia include Parkinson's disease, multiple sclerosis, chronic kidney disease, and HIV. Down syndrome and some other learning disabilities also increase a person's risk of dementia.

Prognosis: On average, a person with Alzheimer's lives four to eight years after diagnosis but can live as long as 20 years, depending on other factors.

Treatment: Cholinesterase inhibitors are the first line therapy for Alzheimer's disease and dementia. Donepezil, rivastigmine, and galantamine are drugs to be used. Cholinesterase inhibitors are not given for frontotemporal dementia because they may worsen behaviour symptoms. Syncope and Cardiac dysrhythmia are uncommon but more serious. Memantine is approved for the treatment of moderate to severe Alzheimer's disease. In frontotemporal dementia, memantine is ineffective and may worsen cognition.

Care of a patient: You can express your caring through listening, seeing, taste, smelling, touching and feeling. Playing his or her favourite music, Reading portions of books that have meaning for the person, Looking at old photos together, Preparing a favourite food, Rubbing lotion with a favourite scent into the skin, Brushing the person's hair. Sitting outside together on a nice day.

Food and fluids
Make sure the person is in a comfortable, upright position. To aid digestion, keep the person upright for 90 minutes after eating and 30 minutes after drinking. Adapt foods if swallowing is a problem. Choose soft foods that can be chewed and swallowed easily. Thicken liquids(Water, juice, milk and soup) by adding cornstarch or unflavored gelatin. Try adding pudding, ice cream, or substitute milk with plain yoghurt. Encourage self-feeding. Serve finger foods if the person has difficulty using utensils.

To maintain bowel and bladder function: Set a toileting schedule. If the person is not able to get to the toilet, use a bedside commode. Limit liquids before bedtime. Be sure to provide adequate fluids for the person throughout the day to avoid dehydration. Adult disposable briefs and bed pads can serve as a backup at night. Monitor bowel movements. It is not necessary for the person to have a bowel movement every day, but if there are three consecutive days without a bowel movement, he or she may be constipated. In such an instance, it may help to add natural laxatives to the diet, such as prunes or fibre-rich foods (bran or whole-grain bread).

To keep skin and body healthy: Change the person’s position at least every two hours to relieve pressure sores and improve blood circulation to the skin.

To help prevent infections: Keep the teeth and mouth clean twice daily. Good oral hygiene reduces the risk of bacteria in the mouth that can lead to pneumonia if aspirated. Preferably brush the person's teeth after each meal.

Prevention of dementia: "keep your body strong, mind sharp, soul nourished and spirit positive"
Keep brain sharp and reflexes quick as one grows older, preserving a cognitive function of our brain, that is attention, creativity, speed, memory, flexibility, and focus. 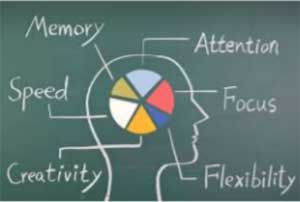 Resolving conflicts between reading and understanding improves cognitive function and coordination of left and right brain. 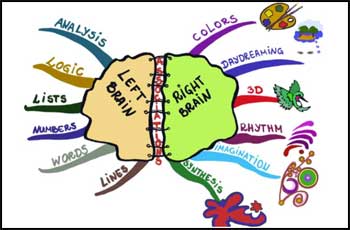 Daily change in routine should be done. Doing routine is too simple, and limits the brain decision power, stimulating brain minimally. Hence brain needs exercise daily by changing routine at least once daily. Take new routes while going to the office or coming back from office.

Boost brain: switch hands, once a day for one complete task. Perform some tasks closing your eyes; like taking shower, washing your hairs, guess food items, identify spices with smelling only. Read calendar upside down and note the time in a watch(upside down ). Read books loudly.

Studying improves brain connectivity, reduces stress anxiety and depression; reduces the risk of dementia; provides mental stimulation and empathy.
Try new things to do daily, stimulating all 5 types of senses( through listening, seeing, taste, smell, and feeling).
Try new things by learning a new language, or learning some music or singing songs. This may enhance focus and concentration, positively affects memory, may lower risk developing memory problems may increase the brain size and connectivity(between both lobes), may delay onset of dementia and Alzheimer's disease.

Mental exercise:
When you meet someone new, memories at least three pieces of information about him besides his name. Daily do one crossword puzzle to solve one sudoku. Draw a map, from memory, after returning home from a new place. Improve hand and eye coordination by drawing, painting, knitting and assembling a puzzle. Throwing a ball at the wall and catching it after rebound, increases coordination and reflexes. Try memorise your grocery list and then check after shopping is complete. Socialize, join NGO, clubs, see friends. Card playing, board game playing, chess playing do help in preventing dementia. 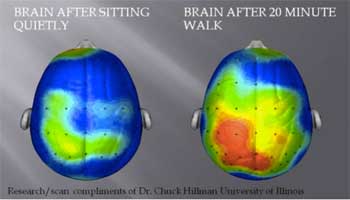 Sleep should be of good quality. To induce sleep one should fix morning arising time, and then sleep time. Wash below elbow and knee with warm water before sleep. In the dim light, read some uninteresting religious stuff. Do not eat or drink any sharp/stimulating things during sleep inducing time(or don't drink tea, coffee, Pepsi etc.) .Eat preferably three hours before sleeping. Television, Laptop and any other interesting things to be avoided one hour before sleep. Consider eliminating napping during the day. Side sleeping (especially left side)helps the brain in cleansing itself of toxins(beta-amyloid peptide and tau protein), produced during the anti aging day.

Stress management: Keep your sense of humour, and ability to laugh at yourself(laughter therapy). Make relaxation a priority for a minimum of 30 minutes; may be watching television, playing with pets, playing with children, news reading etc. Meditation( simply by concentrating or feeling own’s breathing) reduces stress, reduces cortisol hormones.

Gut Microbiota correction:
Probiotics and prebiotics can stimulate the growth of Bifidobacterium populations while concomitantly decreasing the growth of enterobacteria. Several studies have described the beneficial effects of natural phenols present in plant-derived foods, such as green tea, red berries, spices, extra virgin olive oil, red wine, and aromatic herbs, in reducing amyloid aggregation and the incidence of amyloid-related diseases. In particular, oleuropein aglycone and oleocanthal, two phenolic components of extra virgin olive oil, have been shown to promote Aβ clearance and autophagy as well as inhibition of tau aggregation and neuroinflammation. Analogously, the polyphenol-epigallocatechin gallate, mainly present in green tea, and theaflavins, found in fermented black tea, are known to inhibit the formation of amyloid fibrils.