Giving birth at age of 65 naturally without IVF assistance-If the claims are true, then it would make her the oldest mother in the world to have conceived the baby naturally.

A woman in Poonch district in Jammu and Kashmir in India has reportedly become one of the oldest mothers in the world after giving birth to a baby girl aged 65. She was taken to the hospital in with labour pains on 26th December where she delivered a baby girl. Her husband Hakim claims to be 80 and she claims to be 65. If the case is confirmed they will become the oldest parents to conceive naturally in the world

She already has one male one child, who is aged between eight and 10 years old.Father Hakim Din, who is aged 80, thanked Allah for the 'precious gift' of a baby daughter but said the couple will need financial help to raise her, local media said. 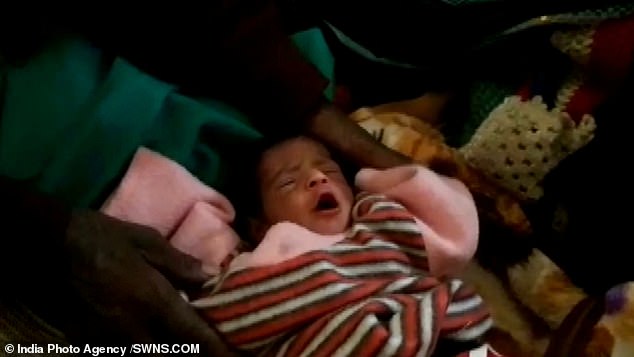 Dr Shabir Sidiqui, a maternity specialist in Kashmir, told local reporters that the case is the 'rarest of the rare'.'Usually, menopause sets in on an average at the age of 47 years in India. Once it sets in, there is no possibility (of giving birth). But this is a rare one,' he said. Doctors at the hospital where the birth occurred said both mother and baby are healthy and doing well.Most women giving birth after the age of 50 rely on IVF treatment, having already gone through the menopause. Presently the world's oldest verified mother is Maria del Carmen Bousada de Lara, from Spain, who gave birth aged 66 to twins via IVF in 2006. There are many more claims of having children at much more advanced ages but they had children with assisted reproduction, including another Indian woman named Daljinder Kaur. Kaur claimed in April 2016 that she had given birth to a son aged 72 via IVF after two previous treatments had failed.