Bigger the thighs,less are the chances of having Diabetes : SGRH Study

Dr. S.P.Byotra, Chairman, Department of Medicine, Sir Ganga Ram Hospital and associates from his department & MLN Medical College, Allahabad have found a simple & cost-effective screening tool to identify people at high risk of Type2 diabetes mellitus. Published in recent edition of Indian Journal of Endocrinology and Metabolism, this retrospective analysis done on 1055 patients presenting to Sir Ganga Ram Hospital from March 2013 to September 2016 has found that bigger the thighs, less are the chances of having Diabetes.

According to Dr. S.P.Byotra, Author and Chairman, Department of Medicine, Sir Ganga Ram Hospital, “ Diabetes is a major challenge being faced by clinicians worldwide. An estimated 415 million people suffered from diabetes worldwide in 2015. Of great concern is the fact that that almost half of these are undiagnosed. Mere diagnosis and treatment of diabetes will prove to be futile and uneconomical unless we identify those at risk at an early stage. For this, we require simple and inexpensive screening tools that can be used easily, wherever and whenever required by clinician.” 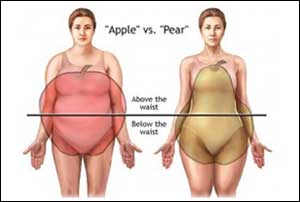 According to Dr Atul Gogia , Author and Sr. Consultant , Department of Medicine , Sir Ganga Ram Hospital , “ Our study found that Diabetics had significantly greater Waist Circumference (WC) than non-diabetics.Also, diabetics had lesser Thigh Circumference (TC) than non-diabetics. We found that Waist Thigh Ratio (WTR) of 2.3 i.e WC(cms) ÷ TC (cms) as an cut off point as predictor of Diabetes. Simply put , a person having Waist Thigh Ratio (WTR) less than 2.3 will be at low risk of Diabetes and may not require further investigations. “

According to Dr Shivanjali Kumar , Corresponding Author and Researcher, “ The aim of this study was to provide an easy and inexpensive tool that can cut down the costs of investigations and reduce economic burden . Our study derived WTR cut-off point of 2.3 which may prove to be of utmost use as a simple and inexpensive diagnostic and screening tool , especially in developing countries such as ours. “